One of my friends is going away next week. He was recently offered, and very sensibly accepted, an Asia Pacific HR role based out of Singapore. I’m happy for him, of course, but feeling a little blue about it.

My life has been characterised by either myself or people I care about leaving. The first wrench came at the age of 14 or so when my family migrated from Malaysia to Australia (tough age to leave best friends behind and begin anew); then again, when I decided to move from Australia to the UK; and then when I had managed to assemble a good circle of friends and colleagues in London, it was time to return to Australia. Even so, we have settled in Sydney, not Perth where my family is based. So, still, I am saying hello/goodbye with some regularity.

Now I’m always half-wishing I was somewhere else which makes no sense at all because I love living in Sydney. But whenever I look at the time, before I can even say “It’s x o’clock,” I’ve already mentally converted it to Greenwich Mean Time. Odd, perhaps? (It’s handy on the work front because I’m always having to work out sensible times to contact people on both coasts of the US, among other places…)

I know that we have it easy these days, with email and mobile phones, FaceTime and the rest, compared to the old days of snail mail, but even so, they’re not quite equal to being there with the person/people you want to have in your life.

Listening: If You Leave Me by Mental As Anything

When I lived in London, I used to call friends back ‘home’ when I was out; a lot of my calls used to take place in the early hours of the morning when I was tipsy and chatty. Now that I am living in the same country as family and friends, the calls don’t seem to happen as frequently. I know that sounds ironic and odd, but the fact is I hardly ever feel like talking on the phone – I have to psych myself up to do it.

These days, calls home are even scarcer because daylight saving has added an extra hour between Western Australia and New South Wales – it’s normally two hours and much easier to work around. On weekends, when I want to call, Perth is still asleep; when Perth is awake, I’m at the gym or having lunch or busy with errands; when I want to call before heading out for the evening, it’s naptime in the West. I just can’t seem to coordinate a time that works. I wish WA would get with the daylight saving/summertime programme.

The photo was taken, from my balcony, one Saturday evening in August…

I was thinking about the days, the dates, and how the year is flying by (like a cartoon superhero all caped and colourfully suited) because I went to buy some birthday cards a couple of days ago, and I almost bought a card for my dad – then remembered that he’s not here anymore.

I will be seeing my mother in a couple of weeks when she visits Sydney en route to the US. I’m really looking forward to that.

I’ve been forced to examine my sleep habits this week. And I realised that I’ve been doing the very thing I’ve eschewed for as long as I can remember: sleeping in on weekends. I don’t know when exactly or how it happened, but I’ve been allowing myself to stay in bed beyond the regular weekday rising time quite regularly in the last six months or so. This experiment has not yielded good results. But no matter, I’m fixing it. Now.

I read somewhere, a long time ago, that although we think we need the sleep-in, the extra time spent in bed on the weekend actually makes it harder for the body when the work week comes around, as it invariably does.

“Why so early?” is the common refrain, when people hear that you are up before 6:30am on a Saturday or Sunday. I’ve proffered the “sleep-ins are superfluous to the body’s needs” argument before but the non-believers refuse to be converted so I tend to revert to the usual safe, uncontroversial line, “I’m a morning person.” (And smile.)

And it’s true. I love the silence. I love the light as it goes from soft to saturated. I love the sense of optimism that seems to accompany the early morning, the feeling that anything could happen today… and it could be amazing. 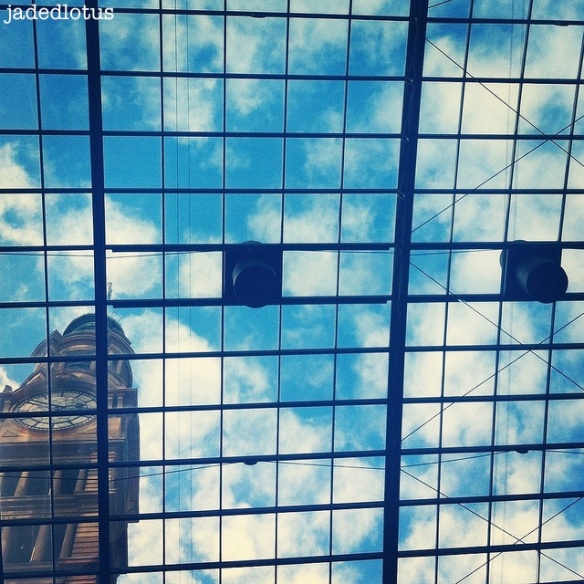 I know this. Tough not to do so this week, though. Really. Tough.

Don’t judge me too harshly. This child of the tropics just wasn’t designed for winter.